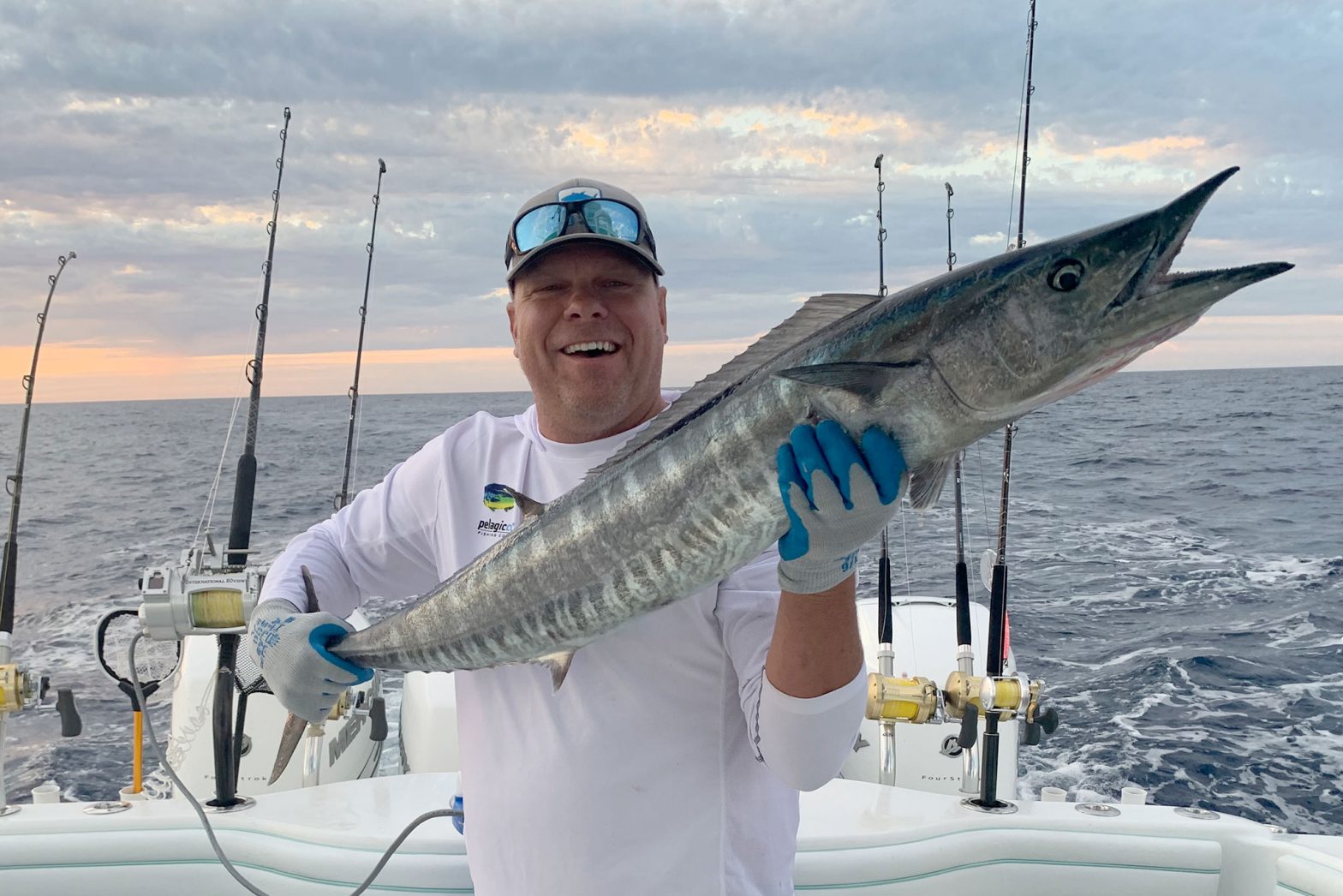 Wahoo is an apex predator and a targeted species on our Pelagic Quest trip. With speeds topping 60 miles per hour, you’ll know when you hook one because your reel will be screaming! They have a streamlined shape with a striped pattern down their sides that is quite impressive to see in person. They have a full mouth of razor-sharp teeth (good to know while you’re bringing them aboard).

There are several methods we use to catch Wahoo. High-speed trolling is a highly effective way to catch them, but slow trolling bait or using brightly colored lures works too. You can also drop jigs or troll beneath floating debris, chunking, spreading, or use live speedos on a kite. They can jump up to 20 feet in the air and are known for last minute attacks on the boat as they can launch themselves towards you in the final moments. Very exciting!

They are warm weather fish that hang out around 30 to 40 fathoms, and mostly inhabit the gulf stream waters along the pelagic shelf. Because they are one of the fastest fish in the ocean, they can rip line off your big reel without much effort. If you can make it through runs without losing your hook during one of their violent head shakes, then you’re ready to fire up the grill and prepare for a delicious dinner.

In Hawaii, Wahoo are called ‘Ono’, which translates to ‘delicious’ in Hawaiian. Wahoo is mild tasting with a firm, lean texture and large, circular flake. Grilled Wahoo tastes a bit more like chicken than fish, some say. It’s comparable to King Mackerel in both appearance, taste, and flavor. It’s not quite as sweet or as firm as Mahi Mahi. Definitely better cooked since it can be a bit chewy when raw served as Sushi.

“Dang. This thing is kinda scary!”