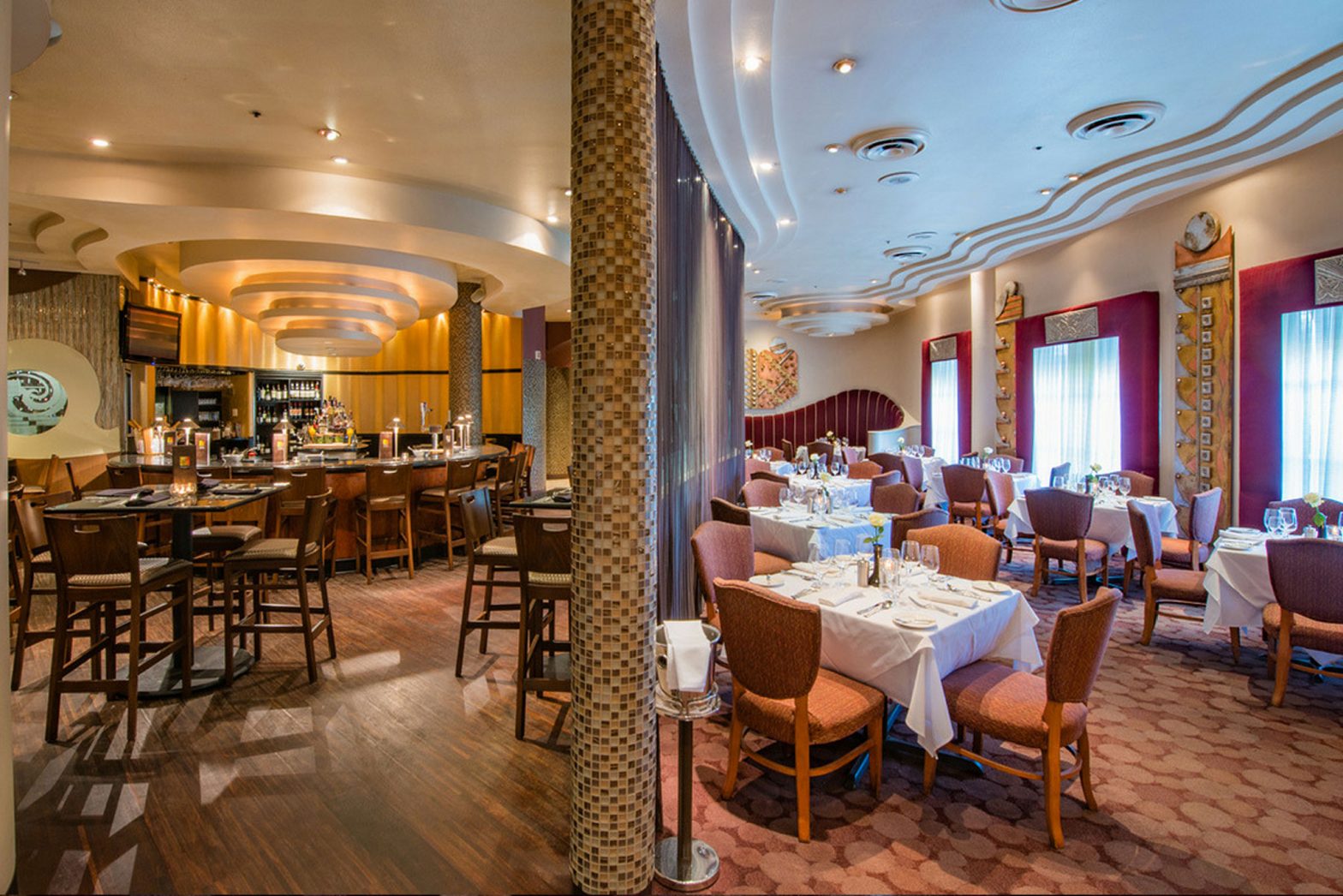 WHERE TO EAT IN SARASOTA

If you’re craving a sublime steak paired with a world-class wine, then please, put on your fancy clothes and secure a seating at Michael’s on East, which serves premium beef aged a minimum of 25 days in a sophisticated, 1940s supper club atmosphere. And while you might feel like a vulgarian putting anything on a prime cut of wagyu or filet mignon, a glance at Michael’s mouthwatering finishing touches — which include crab meat with bearnaise sauce — might make you reconsider. Have a non-meat eater in your party? Don’t worry, there’s also an alluring vegetarian and vegan menu. As for wine, well, they take vino so seriously they opened up their own shop dubbed Michael’s Wine Cellar.

Michael Klauber and Phil Mancini’s restaurant, which opened in 1987, has earned a long list of accolades including 29 consecutive AAA Four-Diamond Awards and selection as an East Coast Icon by U.S. Airways Magazine. In 2015, one of Sarasota’s top attractions, Marie Selby Botanical Gardens, partnered with Michael’s on East, which provides the food for The Selby House Cafe and caters the events in Michael’s on the Bay.