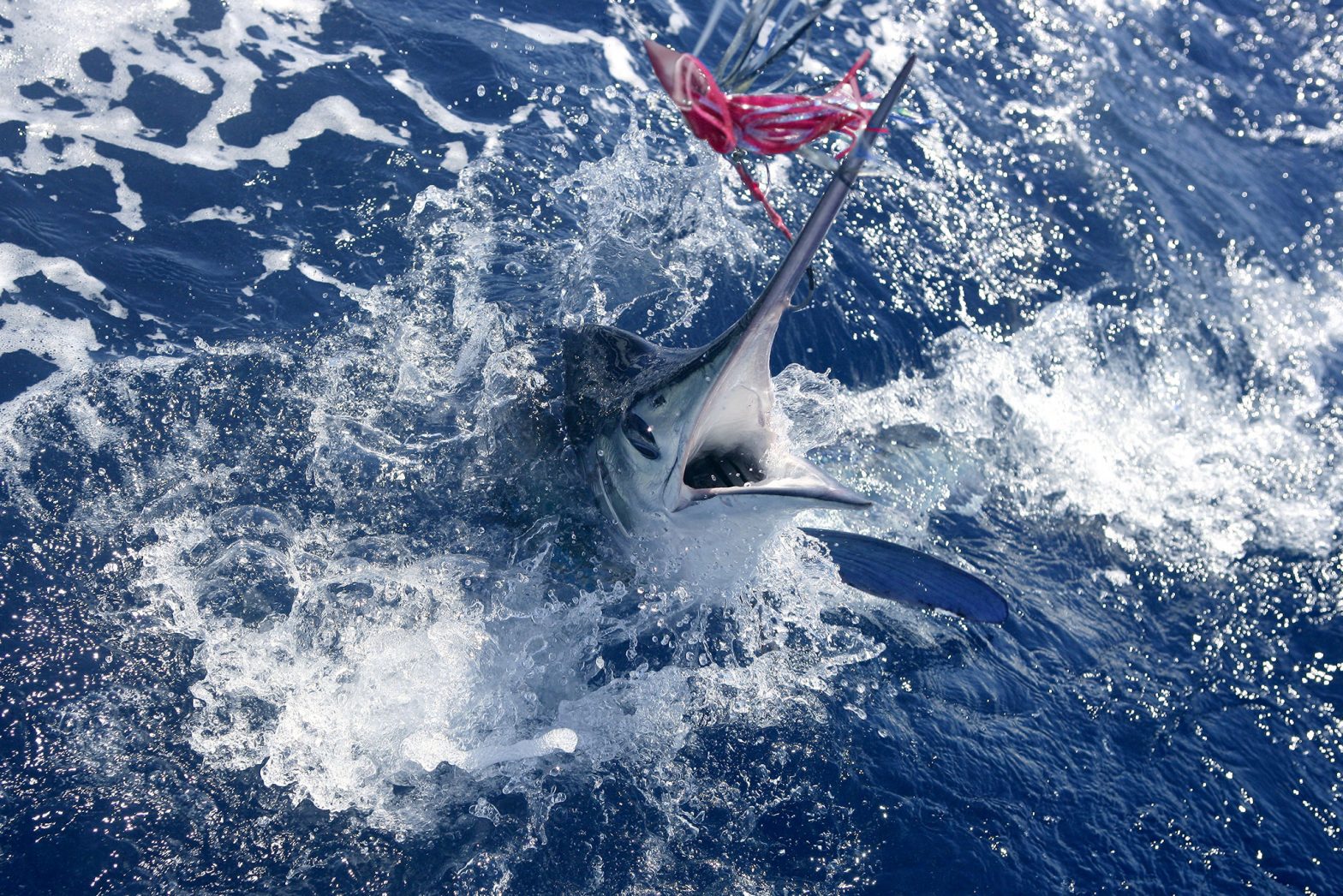 Sailfish can reach speeds up to 65 miles per hour and can be found migrating along the Pelagic shelf. Our overnight offshore trips will take you to this area, where they can be found along with other marlins and swordfish. They have a large dorsal fin that they use to corral prey into schools, as they work them towards the surface. Our targeted Sailfish range from about 125lbs up to 200lbs and are caught in 80-300 feet of water.

We catch Sailfish by trolling large lures. You can see their large dorsal fin breach the surface when they are in hot pursuit, which is always a huge thrill. We might use a teaser to lure them in while trolling then swap out a bait line when we have his attention. After they take the bait it may take several seconds before the hook is set. In fact, they may take several stabs at it until it bites on the line.

Sailfish are edible, but not generally palatable. They are not known for being delicious or easy to cook. They can be smoked or marinated and grilled, but even still they have a gamy flavor. The fishy flavor of sailfish ranges from mild to heavy, so most recipes recommend letting the fish soak in brine, milk, or butter. The meat is very thick and firm.

“An epic 24 hour adventure where you meet and conquer your adversary? Another check off the bucket list!”