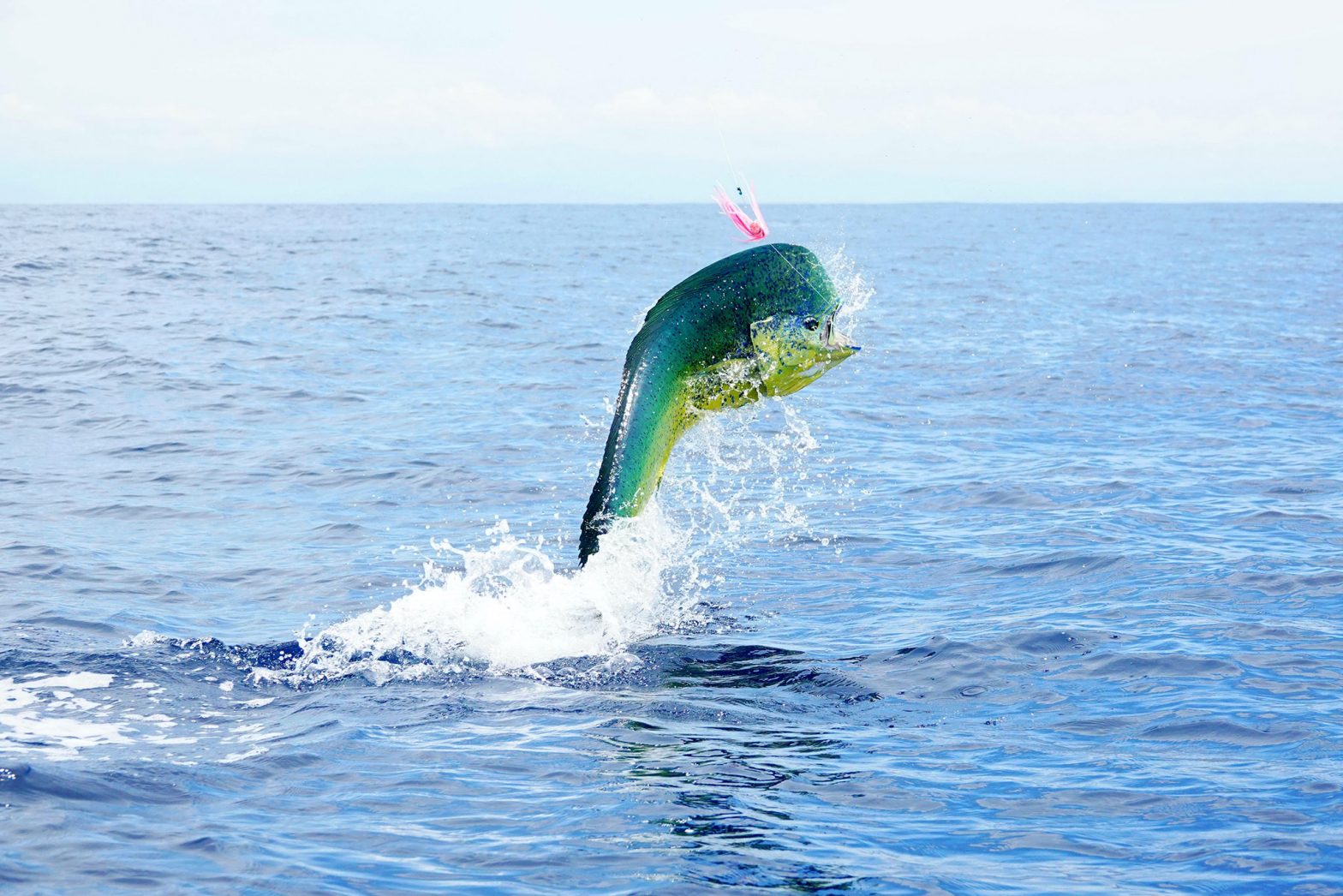 Mahi-Mahi, commonly referred to as Dolphin or Dorado, are perhaps the most beautiful gamefish in the sea. It’s no wonder why they are coveted by anglers willing to travel the world to catch one right here in sunny Florida. They have spectacular colors, unusually large heads, and streamlined bodies. They put up a massive fight and taste absolutely delicious. Mahi only live for about 5 years with a mature weight up to 100lbs for Bulls, with Cows rarely exceeding 25lbs.

So, you’ve seen photos of these majestic creatures on our website and probably many places online, but for some odd reason, it’s nearly impossible to get a photo or video of these creatures that look as good as the real thing as they emerge from the sea. Their colors change like a chameleon, which is both vibrant and ranges in color from green, to blue, to yellow. Their color fades almost instantly after you pull them out of the water, and they will be a dull grey color by the time you make it back to shore. You must be there in person to experience all the beauty these fish have to offer.

Mahi are not picky eaters. For a fish that has a relatively small mouth, it’s surprising how they will go for larger baits and trolling lures. If you chum the water, you can even cast to them and they will go for it. Just know that as soon as they take the bait, they thrash around violently jumping and pulling so whatever you have on the end of your line could come back to you at a high rate of speed.

Mahi-mahi has a dense, sweet, moist meat similar to a swordfish. It can be baked, broiled pouched, or grilled. This lean meat is firm in texture, though not steak like. The dark meat is strong-flavored and a bit oily, which is typically trimmed away. The light meat is very mild and sweet, has large flakes. It has a milder flavor than swordfish and is amazing when prepared as fish tacos.

“Without doubt the most beautiful fish I've ever seen.”