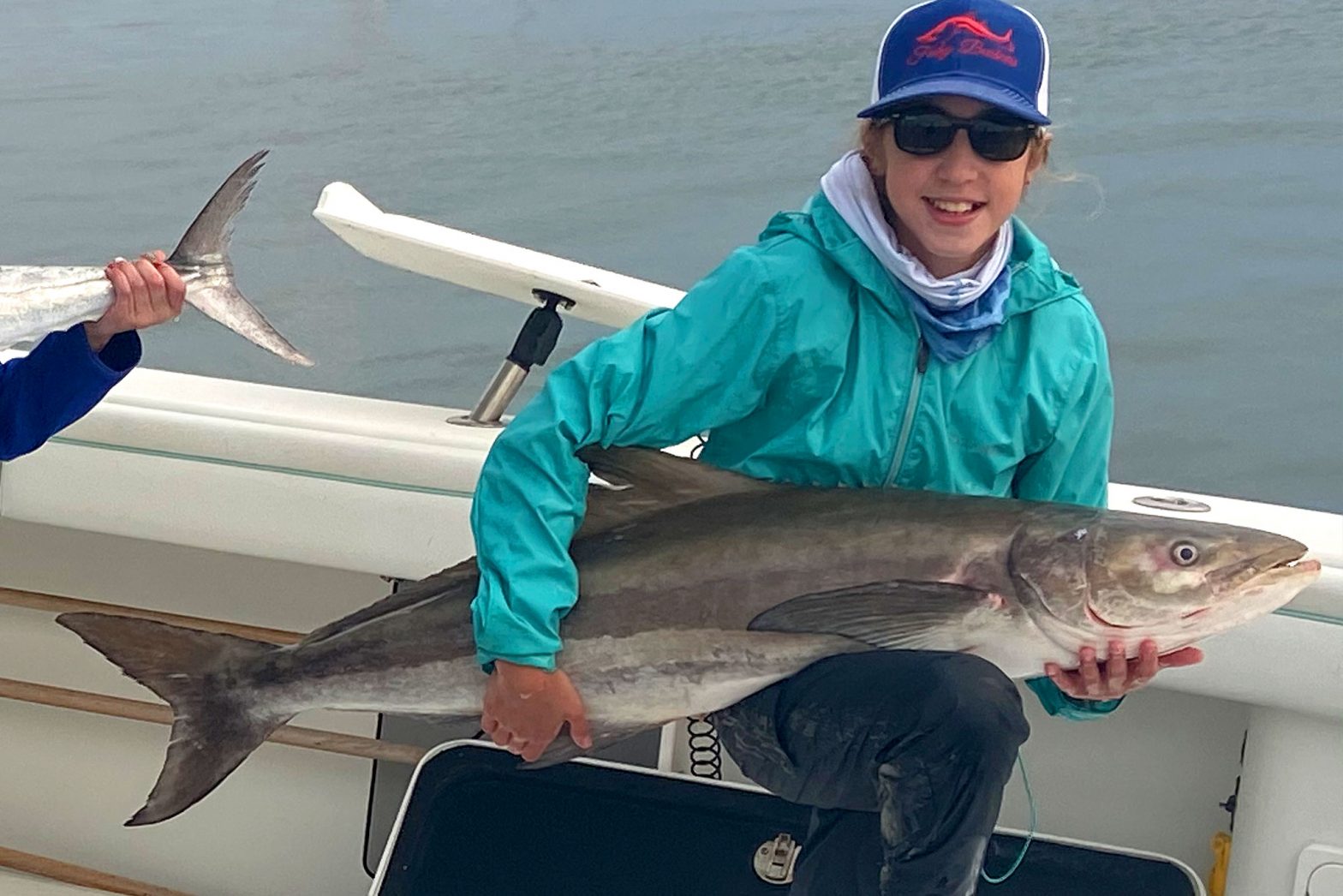 Without a doubt, Cobia will aggressively attack your bait or lures and really put up a good fight. In fact, although not necessarily being a targeted fish, these will really put you to the test. Cobias are one of the most popular fish that we have on Florida’s west coast, and what makes them exciting is that they are big and there are a variety of techniques we use to catch them.

Cobias are generally a bottom feeding fish that can measure up to 40 inches in under two years. They are very aggressive eaters, so we find them around reefs or structures that hold lots of bait fish. We find them here in Florida year-round, with high numbers typically in early spring up north and moving south near Sarasota into the Summer.

Cobias are fairly easy to catch, so they are a suitable fish for anyone including novice fisherman. They pull very hard and one of the toughest fighters there are at their size. They will pull your arms out of the sockets if given the chance. Some people think they look like small sharks as they emerge, sharing pectoral fins and similar colors. Once you hook one, they will make a run for it. Allow them to get tired by loosening the drag and continuing the battle. After they lose their energy, they come up more easily. Once you’ve boated your Cobia, it will thrash ferociously until its last bit of energy is spent. It’s really best to gaff these guys to get them onboard or they can destroy the boat.

Cobia actually taste great and is a healthy choice of meat.  It has a fresh, clean and buttery flavor. It has a broad flaked texture with a mild taste that is not too fishy. It’s considered to have an excellent flavor profile with just enough fat to make it juicy. It resembles the taste of mahi-mahi or tuna, some say.

“WOW these things are strong!”