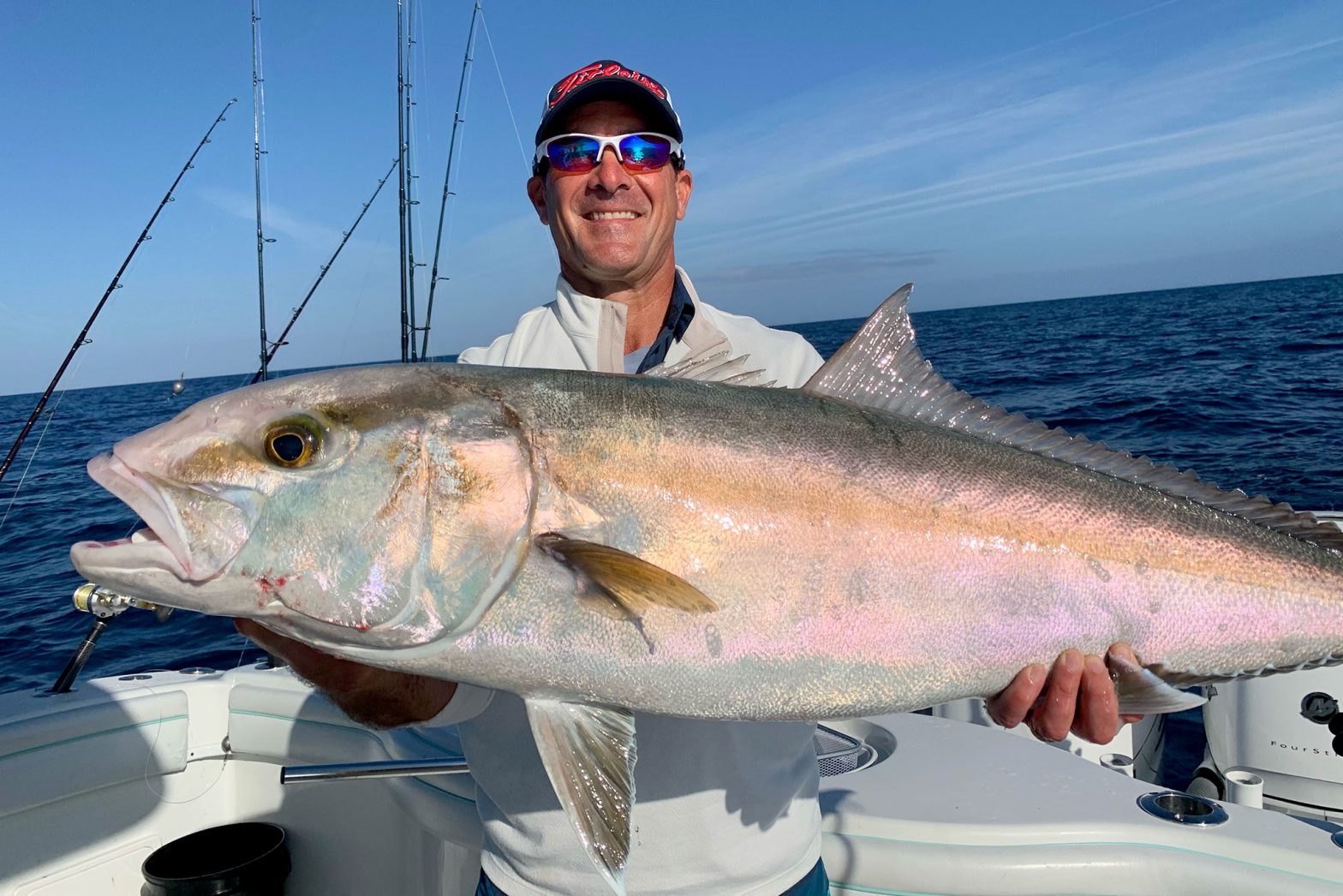 Amberjack and Jack Creavalle are very rewarding because they are difficult to catch and pull very strong. Commonly referred to Reef Donkeys, they are one of the largest members of the Jack family and live around reefs and rocks. After reeling in a couple of large Amberjacks, you’ll need a long break!

Amberjacks can be caught with baitfish or lures and can be found at the bottom or topside while chumming. They will go for about anything, so after we get you into position prepare for battle. They will go for large or small baits, and after they bite, they will thrash for a while. You must pull hard with these guys and bring them into the boat before they break you off.

Although they are a thrilling catch, they must be prepared properly for a tasty dinner. Amberjack has a rich, buttery flavor which is kind of a mix between mahi-mahi and tuna, but less steak-like as tuna and with a stronger flavor than mahi. You can bake, broil, grill, pan fry, or smoke them and they taste pretty good all ways. Their meat is firm textured and is much better to eat than most other Jacks.

“These are so much fun to catch. They are huge!”